The owner of Canadian Graphic Contractors (CGC) was referred to Sonic Coaching for help with improving systems, structure and ultimately sales and profits.  The company had been in existence for 8 years and had an excellent reputation in their industry. They had completed successful projects for companies like Red Bull and Steam Whistle Beer.  The challenge was that the owner was starting to feel like the business owned him, rather than the other way around.  Additional challenges were large outstanding aging receivables, a contract workforce that wasn’t always meeting company standards, and low profitability relative to sales volume.  Revenue growth of the company had also slowed.

We started by identifying what activities Chris Maassen, the founder was spending his time on.  Like many successful business owners, his time was spread coordinating all activities of the business, as well as “fire-fighting” challenges on almost a daily basis.  The business had stopped being fun!

We helped Chris identify where his biggest immediate challenges were, and then helped him focus on resolving those first.  He started by creating expectation documents for his installers, including an agreement for each of them to sign that clearly laid out expectations on job sites, payment terms and communication requirements.  Chris also identified his profitable project types and started to focus more energy on securing additional profitable work.

While working with Chris he has also added a fulltime Business Development Manager.  The business started to focus more of its resources closer to home.  Although able to take on projects across North America, it was determined that this was stretching the company’s resources and the truly profitable business was in Canada.  Chris has also launched a second business called Wrap Haus, which specializes in customized high-end vehicles wraps for discerning clients.

The company is currently poised to have unprecedented growth and profits and continues to be a leader in their industry, which has many competitors, as is evidenced by completing the largest external building wrap in Western Canada.

From the Client| Chris Maassen

“Worth every cent!!!  If you want to move your business forward, this is the guy. (My secret weapon).  I hired Oliver when I couldn’t afford him, my business was crashing hard.  Oliver saved my company from bankruptcy, increased profits, and helped move us back to continued growth. 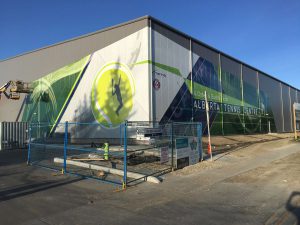 He put organization, targets, and drive back into the company…If you really want to start bringing more meaning, value and excitement into your work AND life, then Oliver is a great fit…I have had other coaches in the past, but…for me, it’s been the best investment I have made in the last 8 years of running a company!!” ~ Chris Maassen, President Canadian Graphic Contractors/WrapHaus.ca